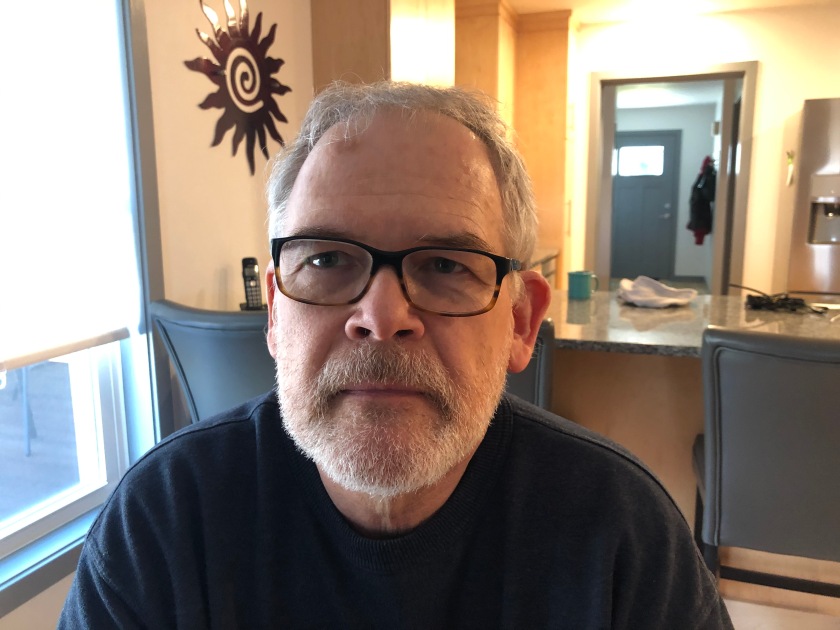 I have never been a beard guy. Facial hair yes, as I have worn either a mustache or mustache and goatee for more than half of my adult life. But a beard? It’s never been my style.

It did keep the face warm, but I got rid of it after a couple of months for several reasons. The first was because it was much redder than my hair. Not carrot top red, but I didn’t like having my hair one color and my beard another. It wasn’t a good look.

The second reason is that my facial hair had the feel and texture of steel wool. If the color wasn’t bad enough, having a face that felt like it was encased in Brillo added to my lack of enthusiasm.

Lastly, I simply thought I looked my better without it, and as a hormonal college student, I avoided anything that might make me look less attractive to the coeds. So off it came, never to see the light of day again. That was close to forty years ago.

As you may remember from my last post, once I learned I would not be able to get my hair cut for the indefinite future, I vowed not to shave either, so the beard is back.  I figured, why not go for the hippie look? That was something I never had the balls to do as a teen because I was not the rebellious sort. I’m still not, but since I am working from home and we aren’t socializing, I’m curious to see how long both can get, and what that will look like.

The hair has a loooonnnnngggg way to go before I can say I have flowing locks because I had a short cut a few weeks ago. I also wonder how “flowing” the locks will actually become. As a person in his early sixties, my hair is much thinner than it used to be, my hairline has receded a LOT, and a bald spot has emerged on the back of my head. So how long can it actually get? Will it flow and look decent, or will it look like I stuck a wet finger in a live electrical socket? I guess time will tell.

The beard has been growing for a couple of weeks now, and it is no surprise that it is  mostly white. At least it blends better with my hair color now. And thankfully it is past the itching stage. For a couple of days it felt like I had ants crawling on my neck, and it was driving me a little cuckoo.

There’s no doubt the decision to grow the beard was an impulsive one, but there is a definite logic behind it.

While I would never consider myself a control freak, the element of control was the primary factor. Let’s face it. Our lives have been turned upside down and we are living in Bizzarro World. How long this lasts, and how much emotional and financial havoc it will wreak is unknown.  Hopefully, if we’re smart and take this seriously, we won’t succumb to the virus and will get past the worst of it reasonably soon. But since a quick and successful outcome depends in large part on everyone singing off the same sheet of music, which we know isn’t currently happening in The States, the truth is there is very little we can control about this situation.

Perhaps the idea of control has always been a myth, and we were living under the illusion that we have some control over our lives and destiny, but that illusion is clearly shattered for the time being. We are adrift and, like a sailboat on the open seas in the middle of a hurricane, we are hanging on the best we can, trying not to get swept up in the maelstrom. Therefore anything we can control, no matter how minute, is a welcome respite in this out of control environment.

That is why I chose to grow the beard. It’s my choice. I can keep it if I want, get rid of it, trim it, change its shape, and essentially do anything with it that I please. Everything about the beard is 100% within my control. It is the only thing in my life I can say that about right now. Of course, if K can’t stand it I might have to reconsider, but that might be a different story for a different time.

The other reason for growing the beard and hair is that when this is finally over, their respective lengths and degree of unruliness will be a living testimony for how long we had to endure. Now that the United States leads the world in verified COVID 19 infections (and we’re just getting started), I suspect I’ll be growing both for a while. New York City is the epicenter of the virus, and guess what state not only borders New York and NYC, but has many residents that commute to the big apple for work?

You guessed it! Connecticut! The southwest corner of the state, the one across the border from NYC, is getting hammered, and the virus is sweeping from west to east, mostly along the coast but its tentacles are inching north as well. We have over 1,200 confirmed cases so far, and that number doubles every two or three days. I believe I read that our state is in the top five as far as the number of infections per capita, which only fuels the belief that it will be a while before the worst is over.

I just hope I don’t look like a geriatric Grizzly Adams when that day comes.