Ever since that night when the concept of a new house became an idea, the wheels that eventually resulted in our October move were set in motion. Meticulous plans evolved and were followed. It was exciting to see a concept become reality, and every step of the process brought it’s own unique ups and downs.

Most of what we expected to happen played out the way we planned, except for two things. One was the cost, which even with the predicable overruns was significantly higher than what we expected, but we fortunately were able to navigate that hurdle. The other fly in the ointment has turned out to be more unexpected and troublesome.

The original plan of breaking ground in the late fall, which is not optimum, was based on the desire to move during the summer. But as spring was drawing to a close, it became obvious that a summer move was in jeopardy.

There were a variety of reasons for this, none of which are worth getting into, but as the days dragged on, K took charge and lit a fire under the subcontractors because our biggest fear was to move after the peak period for real estate sales had come and gone. Progress accelerated from that point but, as you know if you have been following this blog, we didn’t move until October.

While this was concerning, there was no reason to go into a full-blown panic. Admittedly, nobody wants to move to a new town after the school year starts, but late September/early October is a beautiful time of the year, and the views from our hillside home are spectacular when the foliage is in full display. We had transitioned from focusing on the new house to getting our current one clean, painted and move-in ready. Even though it was late in the game, it wasn’t too late. Or so we thought.

We’ve never been lucky when it comes to real estate, but heard plenty of stories about people selling their houses within days of it going on the market, particularly in our area, and we harbored fantasies of that finally happening to us. It soon became apparent however that the market had slowed to a crawl because we couldn’t generate much interest, and now that we are in the midst of the holiday season, it is absolutely dead.

Carrying two mortgages and having to maintain two places was never part of the equation, but that is our reality. The question now becomes what to do next. At some point we are going to have to take the house off the market until spring. But when? I don’t expect anything to occur between now and January 1st, unless by some miracle a family relocates due to a job change and needs a new home. The question is whether to wait a few weeks after the first to see if anything pops.

In the interim, it feels like we’re taking a torch to our remaining assets while this drama unfolds. Two sets of mortgages, property taxes, insurance policies, snow removal and utilities will do that. The added shame of it is that this has taken some of the joy out of living in our new abode, which we absolutely love. If there is a silver lining, and I’m stretching to find one, it’s that winter is coming. During this time we generally hunker down and don’t do a lot, which means we don’t spend a lot, which is important because these next few months are going to be lean and mean.

I’m convinced this unfortunate development is all a matter of bad timing. Every agent who looked at the place after it was placed on the market said the house was beautiful and wouldn’t have a problem selling. Our current agent is frustrated because she can’t even recommend we do something to the house to make it more attractive, other than perhaps drop the price, which we have already done once.

Here’s the dilemma. If we lower the price to the “sweet spot” that is being suggested, which we aren’t that far above now, what happens if we’re in the same boat come spring?  I’d want to start higher when the demand is higher, but will that fly? Probably not.

I truly believe that if this Hail Mary doesn’t work, the real estate market will heat up by March, and we’ll have an offer on the house in the blink of an eye. If that turns out to be wishful thinking, we can still manage, but that would involve an option we’d prefer not to consider and creates a different set of issues.

I was beside myself when this part of the plan went up in flames, but have ridden that wave and developed a plan that gets us to early spring. If we are still in that same boat by then, I guess we could try to rent the place to help stop the bleeding, but that isn’t an option we relish whatsoever.

Needless to say, never in my wildest imagination did think we’d be choking on this huge lump Christmas coal last December. But here we are, with no quick resolution in sight. 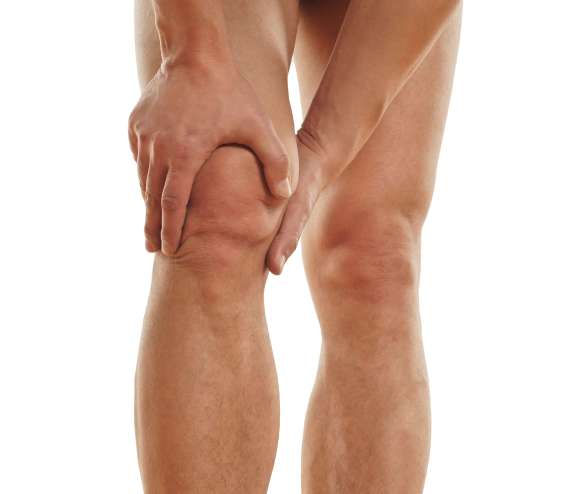 Throughout my MS journey, I’ve never dwelled on the ultimate outcome of my progression, what I refer to as the end game. I mean, what’s the point? The end game has been the proverbial crazy relative locked in the attic. You know they’re there, and you know at some point in time there could be a reckoning, but you don’t pay much attention to it because all it does is get you cranked up. Meanwhile, you do what is necessary to keep the progression at bay and prevent that day of reckoning from occurring.

The only concession I have made to my condition, besides diet, apheresis and infusions, is this house we just built, figuring it would be better to be proactive, and create a new space that can accommodate my needs should the worst occur on my terms. In other words move when I can, leaving the emotion out of it, instead of when I have to. That decision may prove fortuitous because my symptoms have definitely progressed to the point where the end game feels closer than ever.

The symptom that first appeared twelve years ago was a subtle foot drop. Slowly but surely, the weakness progressed beyond my foot, consumed my ankle, and slowly made its way up the leg to just below the knee. Walking became increasingly difficult and annoying, but it was manageable, and even though I used a cane liberally, I didn’t need it to get around. For the longest time, the weakness and lack of control hovered in that area, and even though it made maneuvering and doing stuff harder, I didn’t think twice about any physical limitations, and never thought of myself as disabled.

Well, things have changed. Perhaps it was all the work and activity I did to help get this house ready. Maybe it was the move itself. Maybe it was the stress of this entire process, which was significant. Maybe it was a combination everything or perhaps none of this mattered, and it was simply inevitable. Regardless, the symptoms have now consumed the knee, and my foundation is crumbling.

My knee feels like a broken kickstand that is on the verge of falling off. The pin that holds it to the frame is still there, and keeps the bike upright, but barely. It is loose as hell and is constantly on the verge of popping out. My knee literally feels like it is hanging by a thread, and as a result the leg feels like it can snap in half at any time. I wear a knee brace now in addition to the AFO brace, which helps, but all it does is provide a little extra support to prevent the leg from torqueing sideways.

If I don’t plant my foot a certain way every time I step forward, all my body weight lands on the bad leg as the other leg swings through, and the results aren’t good. The knee forcefully snaps back and the leg suddenly becomes inflexible and ramrod straight, which hurts, and my body wants to lurch forward. I literally have to place my hand behind the knee and push to unlock it and get the leg working again. This can happen several times a day if I’m not careful.

Needless to say my balance is worse than ever. I am in danger of falling with each step I take, which is a first for me.

So the nagging thoughts have begun. Is this the beginning of a steady, downward slide? Is my body going to allow me to continue working full time until I planned to retire? How much longer do I have before a walker or the dreaded wheelchair become necessary? What is all this going to do to from a financial perspective? I was supposed to see my neurologist again in January, but moved the appointment up to a week from Monday. I’ve never done that before, but I need to hear what he thinks.

Of course, I know there are no definitive answers. This could be my status quo for years, or I could be in a wheelchair by summer. I have always known what the deal is, but it never became a conscious thought until now. That crazy relative has broken loose from their prison and is rampaging through the house.

I’m resilient and stubborn though. We’ll wrestle for a while, and I have no doubt I will subdue them, stuff them back into the attic, replace the door and padlocks, and focus on more important things that I can control.

At least until the next obvious progression comes along.