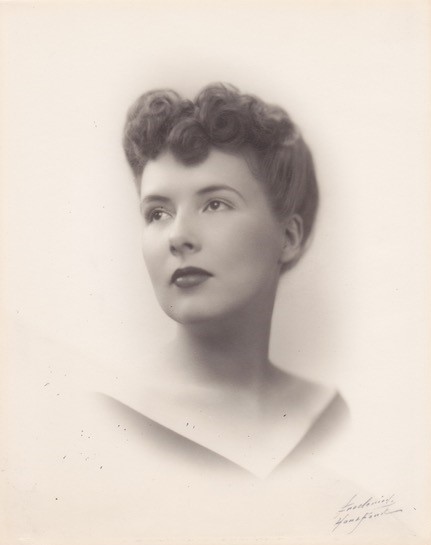 I’ve been thinking about my Mom a lot these past few days, perhaps because Mothers Day is this weekend. September will mark the four year anniversary of her death, and it’s hard to believe she has been gone for that long.

I wasn’t devastated when she passed of a cerebral hemorrhage. Don’t get me wrong, I was sad and distraught, but she was in her nineties and blessed with pretty good health most of her life. Her end was a quick one and did not involve any suffering, which she always hoped for. So while her passing saddened me, I couldn’t help but be happy for her and the full life she enjoyed. She exited this world the way she wanted, and wouldn’t have to grieve over the death of my Dad any more, who had passed four months prior. They had been married for 58 years, and she was devastated by his passing, which surprised me a little because he annoyed her to no end, and they constantly fought like cats and dogs.

Mom was a paradox. My biggest supporter and biggest critic, I cared about her opinion more than any other but also hated her at times because they could be very blunt and, from the perspective of a kid and young adult, her words and tone were insensitive. I don’t doubt that the reason for any success I have achieved in life was because of her pushing, prodding, encouragement, and support to do my best, for never allowing me to do things half-assed, and her belief that I was capable of achieving anything.  There is also no question that she is the root of the self-doubt and insecurity that is my Achilles Heel.

I once heard someone describe their boss as a comfort and a curse, and the same could be said of Mom, although the balance of that is skewed heavily towards the comfort side, and the curse reference, while harsh, is from the perspective of a young boy. Mom could be rough and insulting, and not give two shits about what anyone might have thought or felt if she thought she was right about something. I suspect that was the product of her own insecurities and the tough road she had to navigate.

Her father, an alcoholic, abandoned his family when she was young, and she had to help my grandmother with running the house and helping raise her younger sister. Her first husband died of aplastic anemia shortly after they were married, leaving her with a young child, my half-brother, to raise by herself.  She also had to deal with a myriad of health issues my brother had that continued throughout his life.

Mom had come very close to alienating K and her family to the point of no return in the weeks leading up to our wedding, but subsequently realized the error of her ways and apologized, swallowing a heaping slice of humble pie in the process because she knew she was wrong, and that it was the right thing to do. Age was good to her in that sense. It mellowed her, and she showed her softer side more often. Perhaps Nidan’s arrival had something to do with that, as she was absolutely smitten with him, becoming his biggest supporter and confidant.

Somewhere along the way, we became good friends. Oh, she still had her moments, but by then I had my own life and family, and let those things slide. Having a child made me realize that no matter how old they get, they always remain your little boy or girl, and it’s difficult not to treat them that way. It’s hard to let go because you simply care too much.

I also understood that parents are just regular people, doing the best they can and often learning on the fly in terms of raising kids and running the business of a family. I learned how life’s pressures can seep into family life. Kids are frustrating as hell, and can be a real pain in the ass. Adding that to the mix of a particularly bad day/week/month can create a combustible mix. But I also realized that no matter how difficult, intimidating or mean parents might seem, their depth of their love is bottomless, and the intensity of it is blinding and pure. They will take a bullet for their kids without thinking twice.

Kids are inherently selfish and ego-centric, and don’t understand or care one iota about any pressures Mom or Dad are dealing with. In fact, they often aren’t even aware of them, especially if Mom and Dad do a good job of shielding them from it, which mine did. All we feel is their wrath, and don’t understand why. Perhaps this understanding and general maturation allowed me to cut her some slack.

It was a pleasure having an adult relationship and adult discussions with Mom, and getting to know her as a person, not this mythic figure. It was a comfort knowing that she always had my back, would always be there in times of need, and would continue to offer her guidance upon request. Well, at least most of the time. She was still my mother, after all, and she still couldn’t help offering unsolicited advice if she felt compelled, but I was better equipped to filter it. I learned to appreciated how smart, talented, creative and tenacious she was, and am happy I was able to enjoy that type of relationship for much longer than I ever expected.

Mom could make me happier and feel more confident than anyone in the world, but she  pissed me off faster and made me feel worthless more than anyone else I have ever known. She could be a pleasure to be around, but also make you want to run away screaming. There is no one, other than perhaps K, that I would rather have in my corner. Conversely, there is also no one whose shit list I would least like to be on.

We don’t choose our parents, but become the product of everything that is them: their good and bad, their beauty and warts, their ying and yang. I have no complaints, and feel truly blessed that Mom was in my life. In many ways, I miss her more now than I did almost four years ago. But I also know she never left me, because I am who I am because of her, and many of the philosophies I live by came from both her and Dad. I am an extension of them, and because of that they are never truly gone. I also see her picture that opened this post every day. It is one of my favorite pictures of her because she is at a stage of her life where anything was possible, it shows how stunningly beautiful she was, and because I wasn’t even a twinkle in her eye when it was taken.

Happy Mother’s Day K. I love you too! You are a wonderful Mom, and partner in life. I’m lucky to have  you.

And Happy Mother’s Day to all the Moms reading this post. May your special day be filled with the happiness and joy you deserve. You have a tough gig!