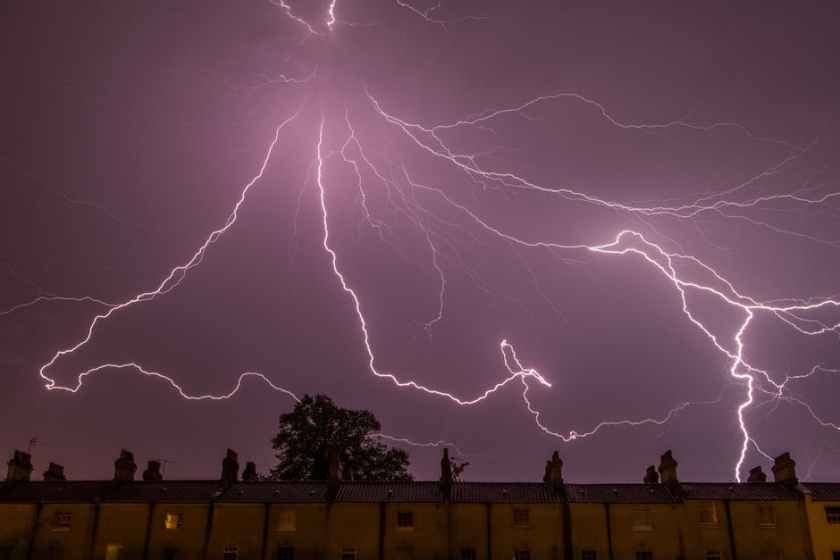 There are very few events in my life that I vividly remember: my wedding day, the day my son was born, and where I was when I first saw the images of the 9/11 attack that brilliant late summer morning in Connecticut, come to mind. They are all etched in my memory so clearly, that not only can I recall images of the occasion, but emotions, smells and things of that nature. Perhaps this is because they were so profoundly momentous and meaningful.

The day MS entered my life is also on that list. My first time, as I like to refer to it, occurred out of nowhere like an unexpected and unwanted bolt of lightning. Of course, I didn’t have a clue  what was going on at the time, or that it represented the beginning of a life-altering journey.  Be that as it may, the experience was so shocking, and the consequences so profound, how could I not remember it?

Ten years ago, I dragged my lazy ass downstairs into the cellar early one Tuesday evening, and stepped onto my treadmill for a long-overdue workout.  I had been in good shape for most of my life and, while not a fitness fanatic, worked out more often than not. For some reason, I had fallen into a rut and had not touched any exercise equipment for over a year, and was getting soft in a lot of places I didn’t like. For months I had vowed  to resume working out because, as a creature of habit, I knew all I had to do was get started and it would become part of a regular routine.

So I seized upon the thought to take that first step, ventured downstairs, strode onto the treadmill, and turned it on. Back in those days, my typical workout consisted of a ten minute warm up, followed by forty-five minutes of gradually increasing speed before concluding with five minutes of winding down at much slower speeds.

On that fateful evening, I didn’t make it past the first ten minutes. Shortly before the warm-up concluded, I felt a strange sensation in my right leg. At first, the leg felt heavy, as if a large weight was strapped to it. My reaction was to increase the treadmill speed, thinking it might work the kinks out. Bad move. In less than thirty seconds, the leg went from feeling heavy to being completely unresponsive.

The only way I can describe what I thought was going on in that moment, is that my leg simply stopped working. The knee wouldn’t bend, my foot wouldn’t lift, and I literally couldn’t control it. The limb felt as if someone had sucked the bone from it, and what remained was a limp, lifeless, piece of emptiness. Keep in mind this all occurred within a matter of seconds, and my mind didn’t have time to understand what was going on. All I knew is something was terribly wrong.

I also sensed that I needed to get off the treadmill immediately. I therefore grabbed onto the bar in front of the machine’s control panel, hopped to get my good leg planted on the side rail, swung my bad leg over by swiveling my hips as hard as I could in the direction of my good leg, and let go of the handrail, all one motion. I didn’t realize it at the time, but my balance was shot. I unintentionally lurched forward, tumbled off the machine, and onto a sofa that fortunately was within falling distance. Once my upper torso hit the sofa, I was able to brace the impact with my arms and roll onto my side. Whether I consciously knew what I was doing at the time is debatable. In hindsight, I think instinct took over and allowed me to assess my surroundings, and find a safe landing without really hurting myself.

As I sat upright on the sofa, the lifeless limb was bent at an odd angle, and I had to grab it at the knee and calf to place it in a normal position. My heart was meanwhile thumping in my chest and temples. I tried to curl my toes and move the foot in a circular motion at the ankle, but it would not budge. All I could think of was what the hell is happening to me?

I remember wondering if this was real or a bad dream, but not much else. After about fifteen minutes of sitting there doing nothing but ponder my fate, and I know this because I glanced at the wall clock, it occurred to me that the leg was working again. I could curl my toes, bend my knee, and stand up. All the strength and sensation had come back like magic. I strode back and forth across the room without any issues and sprinted in place, lifting my knees as high as they could go, like a sprinter warming up for a race.

Everything was normal, and I was confused as hell.

I turned off the treadmill, sat back on the sofa and one thought came to mind. “What the fuck was that?!” This was followed by, “what am I going to do?”, and “Who am I going to tell?”

The answer to those last two questions was nothing and nobody. Everything was back to normal, so I decided to ignore the event and pretend it didn’t happen. After all, what transpired was probably a complete fluke, and would never happen again.

Obviously that wasn’t the case. I tried the treadmill again two weeks later and the same thing occurred, only this time I was prepared for it, and stopped the machine once that strange sensation started coming back. Another difference was my foot started drooping and never fully recovered.  An attempt to mow my lawn a few weeks later forced me to accept the fact I could nor longer ignore whatever this was. Thus started the quest to find out what was wrong, which I will share in next week’s post.

Looking back at the event now, it seems so……innocent. I was so naive back then and felt bulletproof. Little did I know that my life would never be the same.

9 thoughts on “My First Time”