The day I thought would never get here has come and gone. The house is sold.

I have posted 156 pieces on this blog since its inception in 2017, and housing is the subject I’ve written about the most. Starting with this one in November of 2017, I’ve written about the old place and the new place in some fashion twelve times in two years, with the latest one coming last November. I hadn’t written about it since because I was frustrated and disgusted with the process, and very concerned about our financial future.

To re-cap, we planned on selling the house last year, and reap the benefits of the energy efficiency built into the place through tax credits we’d receive this year, but it didn’t turn out that way. The new house took longer to build and we moved in October, which is not a great time to sell,  instead of August. For a variety of reasons, the place didn’t sell, winter came, and we took it off the market. Thus started our winter of discontent.

We dropped the price and placed it back on the market in late February. We were getting interest and had reason for optimism, then the virus hit and things came to a screeching halt for a little more than a month. When the surge in Connecticut came and went, we had a flurry of activity before traffic stopped dead. Starter homes were selling great, but not so much houses in our price range.

June was arriving, the weather was great, the house and yard looked great, we were entering the peak selling period, and nothing was happening. No visits, no showings, nothing. We were already nine months into owning and paying for two houses, were hemorrhaging cash, had no prospects and needed to sell the place before summer’s end because we could only sustain this for so long before we’d be broke. The outlook was bleak and so was our mood.

I learned to despise HGTV, because I believe it spoiled people and created unrealistic expectations about what a house should be. Our place was well maintained and in great shape after almost twenty years of existence. It was energy efficient, and move-in ready. But some of the feedback we received from pervious showings indicated some folks didn’t like things we thought were very nitpicky and could easily be taken care of once they moved in.  But they either weren’t interested or too lazy to do it themselves..

Desperate times call for desperate measures, so we took the house off the market again and we changed real estate agents. Our new agent was passionate and enthusiastic about her work, loved the house, believed in it, and her upbeat personality was infectious. What we had been doing obviously wasn’t working, so at her suggestion we agreed to put some money into the place and repaint the downstairs and change the flooring upstairs.

I have to admit, even though I hated spending more money on the place, the changes were stunning! It made a world of difference visually, and made the entire downstairs look much larger. I was wildly optimistic that we would finally find a buyer, but the day before the house actually went back on the market, the old fears started creeping in again. What if we spent all this time, effort and money and nothing changed? What would we do then? I was scared shitless, quite frankly.

Well, the first showing was booked the same day it went on the market, and four more were confirmed within the next 48 hours. We had five showings in three days, and accepted an offer a few days later.

To make a long story short, because nothing ever comes easy for us as far as real estate is concerned,  we didn’t get what we hoped for, and had to spend a little more cash to mitigate something that came up during the inspection that came as a complete surprise, but our long ordeal is finally over. The day I feared would never come has arrived. Halle Fucking Lujah!

But, and you can’t make this shit up, our real estate luck made the last several days nerve wracking, as Tropical Storm Isaias hit Connecticut.

As the storm made its way up the coast earlier in the week, K and I joked that with our luck, something would happen to the old place. Keep in mind that the closing was scheduled for Friday, and the storm was scheduled to arrive on Tuesday. The storm actually tracked a lot further to the west than expected, so it did not last nearly as long as anticipated, but it packed a wallop. Trees and wires were down all over the state and our town was no exception. We thought we came out of it unscathed until our neighbor from the old place called to let us know that a tree was resting on the garage roof on the house we were scheduled to sell in three days.

Fortunately, the secondary branches that extended from the tree hit the ground first and cushioned the blow. There was no structural damage to the roof or building, so “all” we had to do was find a professional who could get rid of it in thirty six hours. That fortunately happened, as the tree was taken off the roof on Wednesday night and completely removed the following morning. We were thrilled it all came together, but we had to dump another $1,000 for the privilege.

The closing went as scheduled without a hitch, and occurred yesterday. The windfall we expected to bank from all the tax incentives we earned making the place as energy efficient possible went towards paying the expenses on the old place. We didn’t net anything close to what we hoped, but can live with it. With all the uncertainty going on with the virus, our economy in a freefall and the political and social unrest in this country, we are thrilled that the financial bleeding has stopped.

We are also thrilled that a nice young couple with young children, who fell in love with the place and who I believe will love it as much as we did, are the new owners.

It is a very happy day indeed, but also bittersweet, which caught me off guard because I have been yearning for this day to come for what feels like forever. In retrospect though, it shouldn’t be surprising. We lived there for twenty years. Nidan grew up in that house, arriving as a two year old toddler and left as a twenty two year old young man. There were good times, bad times, happy times and sad times. We grew together as a family, and K and I spent most of our middle age there.

The house we are in now can finally start feeling like a real “home.” We can enjoy it without worrying about something else. Hopefully will enjoy a long period of peace and harmony as we ride out our golden years in our brand new abode. Being able to start saving again will be a novel and welcome experience too. 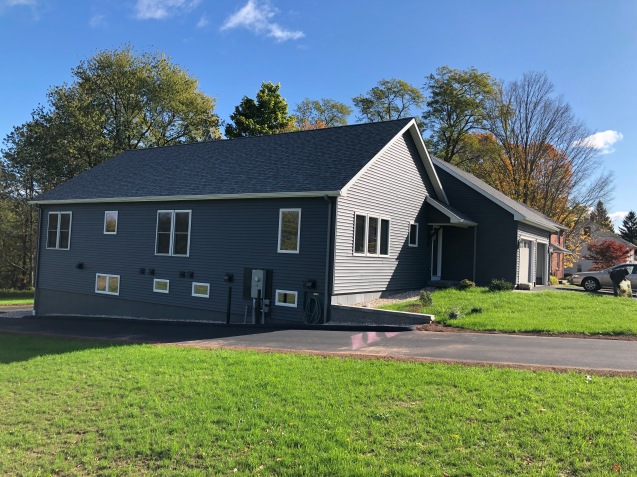