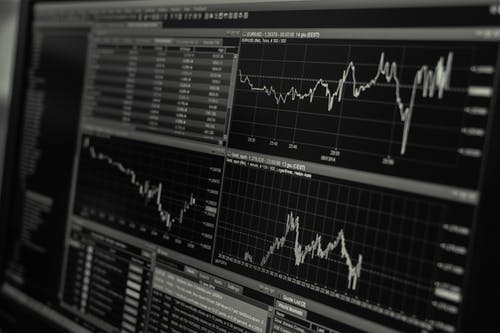 Timing is everything in life, or so the saying goes. I’ve often wondered if good timing is a by-product of foresight and astute planning, or of it is all sheer dumb luck. The one thing I do know is that when it comes to real-estate matters, our timing has mostly sucked.

We thought this chapter of our real estate exploits with the house we are building would be different. After all, K is the general contractor and is in a position to manage costs. We carefully reviewed our assets and financing options, determined that we didn’t need to borrow much and, after we sold our current house, could possibly walk away with no mortgage at all.

We planned the order in which we would utilize the various funds available to us. Not wanting to paying interest on anything until we absolutely had to, we decided to use our assets first before tapping into the various loan options, and figured these would cover us until late winter/early spring. The plan was realistic, well thought out, and all the signs pointed to a smooth and uneventful process, with no speed bumps or u-turns.

But history is a hard thing to overcome, and our wishful thinking was flushed down the toilet when the stock market suffered its worst week since the financial crisis of 2008, and the talking heads announced we were in the process of experiencing the worst December since the Great Depression. All I could do is shake my head, roll my eyes, smile a sad smile, and wonder why I should be surprised.

This development is not a deal-breaker.  After all, what goes up must come down, and visa versa, so I know there will eventually be a rebound. In fact, the market gained over 1,000 points yesterday, the single biggest daily gain in its history. But the recovery is a drop in the bucket compared to was lost these last ten days, and what is unknown is whether this is a one-hit wonder or the beginning of an upward trend to normalcy. What is also unknown is whether the asset we were going to liquidate will regain most of the value it lost.

The financial storm clouds are still there. The government shutdown had a lot to do with this, and will persist long into January as long as our Idiot-In Chief continues to insist on that stupid wall. His sophomoric comments about firing the Fed’s chairman added gasoline to the fire, but that also seems to have died down a bit. Then there are his ongoing legal issues, that are only going to get worse, to consider.

I’m trying to be optimistic and hope that the correction will occur over a matter of weeks instead of months, but have the nagging suspicion the wall issue isn’t going to go away. The political climate in Washington will only get worse when the new House convenes and starts all of their investigations, which is sure to keep the markets in a state of uncertainty, which is never good. And if a smoking gun emerges from either their investigations or the Mueller report, watch out!

So it is back to the drawing board. Unless the plunge of the last two weeks corrects itself in a hurry, we will have to employ the borrowing options first, which will hopefully buy us the time the market needs to recover. Fortunately, K had to foresight to obtain a building loan for more than we thought we would need, and we have a lot of equity in our current house. But the idea was to emerge from this with little or no debt. If the current situation remains by Spring or, God forbid, gets worse, we’ll either have more debt or need to liquidate more assets than we wanted. Both of these scenarios suck beyond imagination, but the foundation is in, and stopping the project in its tracks while this all gets sorted out is not an option.

As this project got started, my biggest fear is we would run out of good weather before we could get under roof, which would delay the process by three to six months. I still don’t want to see this become a reality, but that may be the one thing that provides the necessary time for the markets to settle down. Wouldn’t it be ironic if this not only occurred, but turned out to be a godsend? Perhaps, but it isn’t something I am rooting for.

I’m going to stop driving myself crazy and not look at the numbers every day for the next week or two. Nidan and I are going to Florida for a few days after New Year’s and I’ll wait until our return before taking another peak at them. Hopefully I will be pleasantly surprised. Meanwhile, we can ride this out until the framing starts. Some big bills will start rolling in then, at which point we’ll have to commit to a financing plan of some kind.

What we naively believed was going to be smooth sailing, is turning out to be more of an emotional roller-coaster, but I should have known better. Our previous house-building experience had repeatedly demonstrated that nothing ever turns out the way one plans. So why should this be any different?

On a separate note, I’d like to wish everyone a happy, healthy and prosperous new year. I hope your 2019 is filled with brightness and hope, and that any troubles or pain you are currently experiencing last only as long as your New Year resolutions.