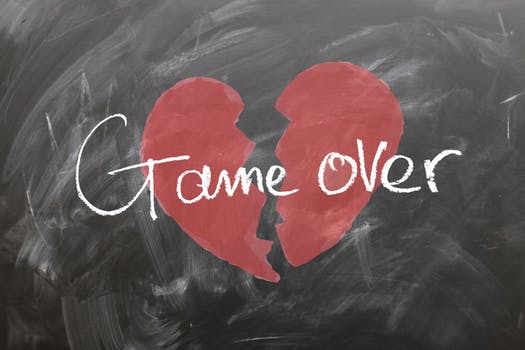 In the year plus that this blog has been in existence, I’ve penned two posts about diet and weight control. The first time, written almost a year ago, was a lament about how and why I needed to lose weight. The second one, posted a little over a month ago, was more of the same, as I had embarked upon another weight loss quest and reached half of my goal but was no longer invested in the process.

Since that day, my weight hasn’t strayed much, hovering between a pound or two over or under the number I was at when I wrote that last post, and have managed this without following a program of any kind. Suffice it to say I never reached the goal I had set when this “diet” started, but one good thing has emerged from the effort. I’ve decided to stop torturing myself. I’m done with diets.

This doesn’t mean I’m going to throw caution to the wind, eat whatever the hell I feel like whenever I want, and morph into Jabba the Hut. But participating with formal programs of any kind are over, so no more weighing food, no more tracking points, no more agonizing about what I do or don’t eat. No more feeling guilty either.

Why I have thought I can get this body to become what it was twenty years ago, with MS, mind you, is beyond me. It’s taken a while for my ego to reach this place, but I’m content with where I am. Sure, the flesh around my beltline is not as firm as I’d like, and I would have liked to reach the last goal I set. But I’m not fat, and the inconvenient truth is that I am pushing sixty, so my metabolism is different.

When I first went on weight watchers, shedding weight was easy, and I lost over thirty pounds in four months, getting to a weight I hadn’t seen since high school. I was sold on the process and, once I got off the program to maintain things on my own, believed I could revert back to the plan if I ever needed to. It would be like having an Ace in my back pocket that I could use any time I felt necessary.

As it turns out, I did re-up with WW on four different occasions since that first time, but each experience was harder to sustain, and my motivation to follow the plan was nowhere near as iron-clad as it was during that first experience. For the most part, I reached each goal I set for myself, but it took longer to get there and my enthusiasm for subjecting myself to deprivation was less and less each subsequent time. So much so that once I had lost close to ten pounds this time around, I decided I had enough, even thought I had another ten to go.

My MS journey has deprived me of a lot, and I have adapted and survived. The simple pleasures in life have become more important to me. At my age, I’ve earned the right to chill out a little and enjoy those pleasures, and food is high on that list. I’ve know what needs to be done in terms of maintaining a weight range I can live with,  so as long as I don’t puff up like a Blowfish, I no longer care if I have a slight paunch in the midriff.

Besides, I’ve been too hard on myself. From general observation it has become obvious that I am in better shape than most men my age. I can still look down and see my toes. I don’t have to suck my stomach in and hold my breath when I bend over to tie my shoes. My clothes still fit, and I still look good, so I have no reason to feel self conscious about my weight. After all these years, my vanity is perfectly happy with the status quo, so I’m going to stop believing I can or need to  get back to a thirty four inch waistline.

Besides, if I actually did get back to a 34 I’d have to buy a new wardrobe, so think of all the money I’m saving.

It’s a liberating feeling, this newfound freedom. I just have to make sure I don’t abuse it, and change certain habits concerning when I eat instead of what I eat. Winter is looming, and that has always been the hardest time of the year for me.

I’m not throwing in the towel, I’m just getting rid of the crutch. I’ve managed this on my own for over a month now, so the spirit remains willing. If manage the holidays appropriately, I should be golden.

17 thoughts on “Done With Diets”