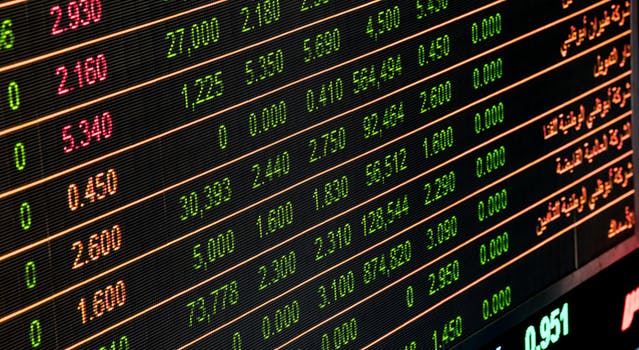 In 2017, the Kaiser Family Foundation reported that more than a quarter of U.S adults, including those with medical insurance, struggled to pay their medical bills. Medical debt, they continued, was the number one source of personal bankruptcy filings, and in 2014, an estimated 40% of Americans racked up significant medical-related debt.

I’ve worked in healthcare for over thirty years, primarily for hospitals, in the revenue cycle arena, which in general terms are the areas that schedule, admit/register, code, bill and collect the cash for the organization. I am therefore intimately familiar with what goes into getting services paid correctly. Even though I was generally aware of what Kaiser reported, I never gave it much thought until MS came along.

Now, as a person who suffers from a chronic medical condition that will get worse over time and who requires more medical services than the average person, I can’t predict how this condition will impact my ability to work or earn between now and the time I would like to retire. So the inconvenient facts Kaiser points out are personally frightening.

In a country as wealthy and technologically advanced as ours, how can this occur, and why does the World Health Organization (WHO) rank our healthcare system 37th world-wide? I’m certainly not an expert, but do have an opinion.

The simple answer to a very complex problem, is that our system is profit-based, and the players in the big healthcare sandbox don’t play nice together. Everyone is trying to make money, keep what they have, and to get away with spending as little as possible while making as big a profit as they can.

Medical students graduate with massive debts, work their asses off at ungodly hours to matriculate to a point where they can enter a practice, start digging out, and hopefully earn a very comfortable living while pursuing a career they are passionate about.

Hospitals run sophisticated 24-7 operations that are labor and equipment intensive, in a culture where most not only think that access to healthcare is a constitutional right, they also believe they shouldn’t have to pay much for it. The equipment I’m talking about, like MRIs, aren’t cheap. Neither are computer systems. In order to gain efficiencies, large healthcare systems are being created, which results in more of a corporate culture, led by individuals who often make seven figures.

State and federal governments run and administer the Medicaid and Medicare programs that cover more than fifty percent of the patients treated at most providers, but don’t come close to covering their costs. Their resources are dwindling, so they continually force providers to accept less and less.

Big pharma meanwhile charges more than the cost of a luxury car for many of their drugs that get dispensed at healthcare facilities, but, in my opinion, escape the vitriol heaped on most hospitals.

Then you have the major insurance companies, who have stockholders they need to keep happy and are bottom-line driven. Their idea of the ideal policy-holder is someone who is young, healthy, and never files a claim. They loved someone like me when I was between the ages of twenty one and forty-nine. In the last ten years, however, I’ve narrowed the gap between the revenue they earned from my policy premiums versus what they paid during my healthy years. If administered truth serum, I am sure they’d admit that they would drop people like me if they could.

Everyone has different missions and agendas.

I can get into a lot of minutia regarding how charges are established, try to detail the maze of what has to occur in order to get a service approved, and explain all the things that can and do go wrong during the billing process. In fact, I’ve already attempted this three different times, but what emerged was something so convoluted your head would hurt if you read it. So I will try to keep it simple and basic.

Assuming all the necessary authorizations and approvals have been received, the provider submits a bill for “w,”the payer approves “x,”pays “y” to the provider, and the patient gets stuck with “z.” The actual payment is influenced by things like whether the provider is in network (where more is approved/paid) whether deductibles have been met, the percentage of approved charges the patient is responsible for, and if the patient’s total annual out-of-pocket maximum has been met.

If you are hospitalized, you can get separate bills from the hospital, your doctor, the anesthesiologist, the radiologist, and maybe even an ambulance company, all of whom submit their own claims to your insurance, who will process and pay them in different ways. There will be outstanding balances after each of them does their thing, and if you have a second insurance, your primary plan will either submit the balance to them in the form of a claim on your behalf, or you’ll have to do it yourself. Either way, you pay the freight of whatever remains.

No insurance program pays the same thing for the same service. As I previously mentioned, Medicaid and Medicare programs do not cover cost, so providers are forced to recoup those losses from private insurers in order to stay afloat. This is what is meant by cost-shifting. Providers have to figure out the complex calculus of projecting revenue by payer, service line and volume of patients, combined with what they anticipate will be written off to bad debt or charity to achieve a certain bottom line. This may not be rocket science, but it is just as hard.

Now, allow me to share a personal experience that illustrates the frustrations of many when it comes to healthcare billing and what is owed.

I’ve been getting apheresis and infusion treatments once a month for years, and knew they would be expensive before I started. When I saw what was being billed, I wasn’t surprised, and it did not appear excessive based on what I’ve witnessed during my career, so didn’t think twice about it.

My drug of choice changed from Cytoxan to Ocrevus last year, but the first administration of this dose was split over a two week period. The bills for those infusions were more than what I was used to seeing, but not enough for me to take notice. Last month, however, was the first time I received the full dose in a single infusion, in addition to the apheresis, and I don’t have to look at an itemized bill to know that the reason the total charges for this service was almost three times more than previous treatments was because of that drug. Anthem covered the service, but approved less than ten percent of the total charge. The difference, which was six figures, was written off. If I had no insurance, I would have been responsible for the entire thing. Then again, if I didn’t have insurance, the treatments would not be an option.

Meanwhile, tucked between that breakdown on the Anthem Explanation of Benefits (EOB) was a $2,285 charge for the physician part of that service. That charge was not unusual because I’ve seen it before, but maybe it pissed me off this time because of the other bloated charge. Why? Because the physicians that provide the service being charged don’t do anything.

Here’s what happens every time I get treated:  A young doc, typically a resident, or fellow, stops by once I’m hooked up, asks me how I feel, asks if there have been any changes or if I have fallen since the last time I was there, listens to my heart and lungs, feels my ankles, and asks me if I have any questions, the answers for which are “the same,” “no,” “no” and “no.” Many of them appear shy and unsure of themselves. Their perceived insecurity gives the impression they would rather be doing anything other than speaking with me, and that they are doing this only because they have to. I am admittedly painting with a broad brush here because a handful of them have been engaging, articulate and ooze confidence, but those have been in the distinct minority.

So I was billed almost five hundred dollars a minute for a physician who didn’t do anything, didn’t add any value to my experience, and was there purely for protocol purposes. I complained, but knew I was chasing windmills.

Anthem approved about forty percent of that charge, so my total out of pocket hit for these two bills was about $1,100, and I’m fortunate. Believe it or not, I do have very good health insurance. I also know that the out of pocket expenses for my policy, outside of co-pay and prescription drugs, are capped at a certain number each year, and I budget accordingly. Not everyone has the same luxury.

Is there a solution? Probably, but doubt I will ever see it in my lifetime unless the country goes bankrupt. Too much money is involved, healthcare employs a lot of people, and lobbyists swarm Capitol Hill to protect their vested interests. It’s a multi-billion dollar industry. Why else would providers and insurers fight like hell over fractions of percentages in claim denials and during contract negotiations?

Besides, any rational and intelligent discussion regarding healthcare expenses have to involve limiting, otherwise know known as rationing, healthcare service, and nobody has the political stones to go there. Remember the “death squads” that were frequently mentioned during the politically-charged debate about universal healthcare in 2009?

What I can see occurring is a two-tiered system. One will involve a single payer concept that oversees governmental-run organizations, operated in a manner similar to the Canadian system, where access is not immediate and treatment could be denied based on person’s age and prognosis. The financial burden would be a fraction of what currently exists, however, which would go a long way to reducing personal bankruptcies and solving the dilemma of healthcare consuming an ever-growing percentage the federal budget. Maybe the doctors and clinicians who work at these institutions will do so as a means of paying off their massive debts.

The other tier will encompass a provider network that is brazenly profit driven, where anyone with means and private insurance can get what they want, whenever they want it, but at a cost. Everything is known and agreed to in advance. These will become your proverbial five-star Marriot/Hilton type facilities, while the former will be more like your Motel 6’s. I’m being sarcastic, of course, but there is more than a grain of truth in that premise.

Meanwhile, small community hospitals will continue to die a slow death or get gobbled up by larger systems. Healthcare in general will become more expensive, corporate and top-heavy.  Consumers will have fewer choices and we’ll continue to meander along our current path.

20 thoughts on “The Healthcare Conundrum”