Steve invited me on the show to talk a bit about health. I don’t really know anything about health. But my wife owns a stethoscope and I found a mask under the bathroom sink. Let’s get started. Tom. On Health. 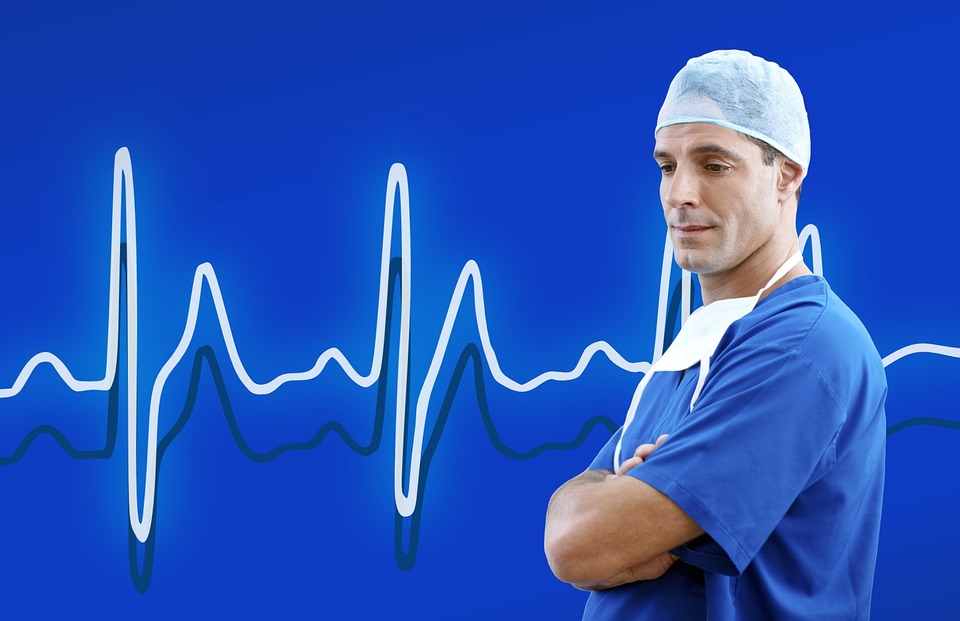 Steve and I discovered each other, recently, through a mutual blogger. As these things go, he and I were impressed with each other’s content, each other’s body of work. I dug into his stuff about the same time as he dug into mine. I admire his writing style. Descriptive, informative, never dry. I love the way he subtly discovers his own path back to balance when he feels off course. I can relate to that. A good example was in November, when recent posts of his own prompted him to get back to the upside of down things in “Sunshine and Rainbows.” No matter what life throws at us, we have a choice on how we react. Life threw MS at Steve, but it never beat him down. Not once. In fact, just two days ago he plowed the snow. Really? Steve, we do have limits. Someday you’ll learn yours. Maybe. 😁

Last week, out of the blue, Steve asked if I’d be interested in doing a guest blog for his site. I love to write, and have always sought balance in the number of posts I do in a week on my own site, so I said “sure!” Of course, Steve founded his site as a means to share his journey with MS with “candor, humor, and brutal honesty,” so I said “you know I don’t have MS, right?”

In fact, I have had only two light brushes with the world of MS. A few years ago, when I signed up to Facebook, I reconnected with all my old high school/church group friends. One of them, a little sister to a close pal, whom I helped recruit into the group, had been diagnosed some years earlier. On Facebook, she would tell peripheral stories of days with it – of transfusions and immobility – but I never knew the depth of her ordeal. I only know it never seemed to break her kind and giving spirit.

The only other encounter I’ve had with MS was when President Bartlett revealed his struggle with it to the nation. I was aghast. He was the only president I ever really liked.

Steve said, “of course, I know that. Doesn’t matter, Tom. Be Tom. Do what you do.

“But keep it to the matter of health, if you can, in some way. That is the central theme.”

That created a challenge for me. As I’ve stated recently on my own site, I’ve visited the doctor twice (for checkups) in the last decade. And then back in high school, 30 years ago. Except for the occasional walk-in clinic visit to make sure rib or back pain wasn’t too serious, or to get something prescription-strength for a bad cold, I just don’t have any health-related experiences of my own. That’s a blessing, I realize, so not a complaint. Nonetheless I have opinions. I’m bigly in favor universal healthcare, the kind we see in what I call the “better countries” around the world. I also want to believe in the science of longevity, the likes of which Ray Kurzweil speaks about. I want to live forever, as impossible as that will be.

If invited back for subsequent visits maybe I’ll talk about those things.

But it hit me yesterday, while in the shower (don’t all breakthroughs come from there?), that I had a health-related story from last year, and maybe a lesson to teach. It isn’t about me. It’s about a friend. A co-worker. We lost him in 2017.

He didn’t die. I should point that out right away. But we haven’t seen him since the week after Memorial Day. And it was for the smallest of reasons. Well, it started small, but it damn near killed him, and it certainly changed him. We fear forever.

I’m in appliance sales, and this man was our delivery chief. Just as amicable a guy as you could imagine. And incredibly competent. I don’t believe he missed a day of work in 7 years. Strong, both physically and emotionally. Smart. Funny as hell.

The last day I saw him was the second day of a toothache. Not a normal toothache, but the kind of toothache that swells one entire side of your face. I never saw a toothache do that. For the second day in a row I warned him that he had to get that tooth looked at, or it could be really, really bad. He worked through.

The next day was my day off. The others at my workplace said he showed up, more swollen than the day before, and was sent home. “See a doctor, or don’t come back,” the boss told him. He saw a doctor. The doctor told him he’d never seen a tooth condition, swelling, or infection that bad. They gave him medicine, told him not to return to work right away, and wanted to see him again after the weekend.

Over the weekend, he nearly died.

Someone found him in his living room, looking like he’d already passed. They broke in through a bathroom window to get to him, because he hadn’t answered his calls. His face was so swollen he was unrecognizable.

I’ve tried to call him. We’ve spoken to his mother, whom we all know at work. She tells us that she passes along our thoughts and prayers to him, but no, he doesn’t want to see anybody right now. We ask that he stops by sometime, to see us. She says that he says he will. Sometime.

I have mutual friends who have run into him, about town, so I know he gets out. I know he’s recovered (or is recovering) physically. They all tell me the same thing: “he’s not the same person we knew.”

He doesn’t want to interact. To talk. To quip jokes as he does. As he did. His mother says that he suffers from a form of PTSD from the experience. Depression. Anxiety. Nightmares and stuff. It broke him.

I did some reading up on PTSD after that and learned that 80% of all sufferers are only afflicted for a short time. I’m hoping this is one of those 8 out of 10 situations. I hope my friend returns someday.

I told you earlier that I’ve only seen a doctor twice in ten years. The last time was last week. I have a clean bill of health, so far, but there are still blood tests to run, and that colon thing to do this summer when I turn 50. Who knows. I may yet be a man of perfect health. But this thing, with my friend, was a reminder, and I’ve learned a lesson.

He’s a good dozen years younger than me. He never had to go to doctors. He was smiling and happy and ready for whatever life threw his way. And then a bad tooth upended his world.

It can happen in an instant, we all know that. But when it’s happening over time, when there is something that we can do about it, our body will tell us. His body told him about his pain for months, and he ignored it. My body said nothing for decades so I’ve ignored it. But I will ignore it no more. Annual checkups. Taking heed of the pains. Exercise. Cutting back on the red meat. Less beer.

But I beseech you, out there, do the same. Don’t let it go. Get it checked. The smallest thing can be the biggest thing. Don’t be afraid to know. The worst thing that can happen is you can find out you have something. If you do, you’ll find a way to deal with it. Steve has. He found out he had something. He’s learned to live with it. Learn from his example.

Our lives may change. Our lives will change as we get older. Guaranteed. But when we know what ails us we can have more control over that change. If we don’t, that change can upend us. Sometimes, when we are upended, we never come back.

So, that’s my health-related story. I want to thank Steve for letting me tell it. For inviting me on. I hope I’ve entertained a tad, educated a bit, and didn’t make a fool of Tom. I hope to be invited back.

Honestly, I haven’t even attacked the pharmaceutical companies yet. 😎

Just me, talking about stuff. View all posts by Tom Being Tom

25 thoughts on “Advice from Tom … Get it Checked”