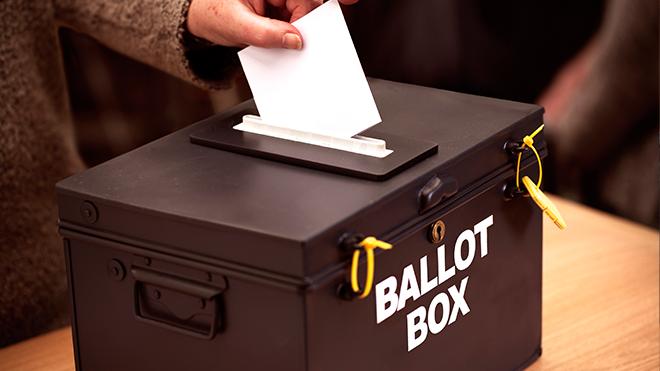 We are hot and heavy into the primary season, and everybody has an opinion. I get at least a dozen posts every day from various Facebook friends that promote one side or tear down the other, not to mention an increasing number of posts from fellow bloggers.

There are two subjects I avoid like the plague, and political commentary is one of them. Having said that, I felt compelled to share my take one time between now and November, but assumed it would be after Labor day, when things really heat up. Maybe it’s because I can’t think of anything else to write about, but now seems as good a time as any because my beliefs aren’t going to change. Before I proceed, however, here are a few things you should know about me.

I am fiscally conservative but socially liberal, which puts me squarely in the middle. I believe in equal rights, freedom of reproductive choice, human rights and financial prudence. I believe those in need should have a safety net, but am against rampant entitlements. I believe climate change is the biggest single danger facing our planet, and that those who think it is bullshit are either fools or liars.

I value anyone who displays grace under pressure, and conducts their lives and business with integrity. I am not a political animal who eats, sleeps and breathes politics or voraciously consumes political news on a daily basis, nor do I believe in forcing my point of view on others. I generally vote for the person first, then their policies, and typically avoid anyone who is far right or far left. Truth and honesty is important, but I consider that to be a bonus because it is in very short supply these days, and perhaps always has.

So now that you know a little about me, I will get right to the point: there is no way in the world I will vote for the current occupant of the White House come November.

My reasons are not primarily political, because as much as I disagree with most our current policies, there might be one or two that I applaud (don’t ask).  No, my reasons are much more personal.

Quite frankly, I find our current President’s conduct and performance abhorrent. His personality and points of view check every negative box I own. I believe he is a lazy, uninformed, narcissistic buffoon who is more flash than substance, and is more interested in having people toe the line and kiss his ass than working as a team for what is best for the country. This is why he has surrounded himself with sycophants who are often ill-equipped to handle their assignments.

I believe he always has, and always will, be more interested in deepening the pockets of his various business interests at the expense of taxpayers instead what benefits everyday citizens. Why else would he refuse to release his tax returns? He doesn’t understand many of the difficulties and hardships we face, and certainly gives the impression that he doesn’t care to learn.

Unorganized and undisciplined, compromise and teamwork are words that are foreign to him. His uncontrolled ego can and, I believe, has been manipulated by foreign leaders, which makes us vulnerable.

The President sets the tone for the country, and the mood in this country sucks. And don’t blame the press or the opposing party because if the shoe was on the other foot, the press would still be on this like white on rice, and the Republicans in Congress would demonize him to a much greater extent than the Democrats have.  A large part of our collective mood stems from his combative nature, his demonization of anyone who criticizes him, and aversion of the truth.  I’m sorry, but I simply do not trust anyone who routinely lies and always blames anyone but himself for anything. News is fake if it is unflattering, and laws are a nuisance to be ignored it if suits his needs.

As a private businessman, he routinely screwed the little guy and ran various businesses into the ground. Bankruptcy is not a foreign concept to him, and I honestly believe that four more years of this administration will put us on the precipice of going over that cliff. The massive tax cut that was passed was misguided, benefited the financial elite, and made our debt problem exponentially worse. If this trend goes unabated, the day will come that makes what is currently happening to the stock markets, or the devastation of what occurred during the financial meltdown of 2008, seem like a picnic.

I didn’t vote for the guy in 2016, and woke up the morning after the election very fearful. I had never felt that way before, but after the shock of the result simmered a little, I was willing to give the guy the benefit of the doubt. What choice did we have? Unfortunately, the reality of what has followed only confirmed all the trepidations I held. In fact, the reality has exceeded what I most feared.

I could continue ad nauseam and list every single grievance, but you get the point. I don’t trust politicians, and the phrase “drain the swamp” certainly has it’s appeal. But our swamp is deeper and murkier than ever, and the one thing this experience has taught me is the value of a professional politician occupying the Oval Office, for our national security and world standing if nothing else.

He wants to operate as a monarch, which is simply incompatible with a democratic society. To give him credit, he has cowed his party into toeing the line, fearful his base of carnivores will eviscerate them in their primaries should they show any balls and criticize him. He operates like Michael Corleone, which he would probably take as a compliment.

The Democratic nomination will boil down to two distinctly different choices. I would have a hard time voting for one of those choices, but would hold my nose and do so if it came down to it, because I honestly would vote for Bevis or Butthead if that was the only alternative to what we have now. That is how deep my antipathy runs.

Speaking of Michael Corleone, one of his favorite phrases it that it was business, not personal. I’m going to turn that around by saying my feelings aren’t business. They are 100 percent personal, they are real, they are visceral, and I proudly own them.

6 thoughts on “The Long Slog To November”