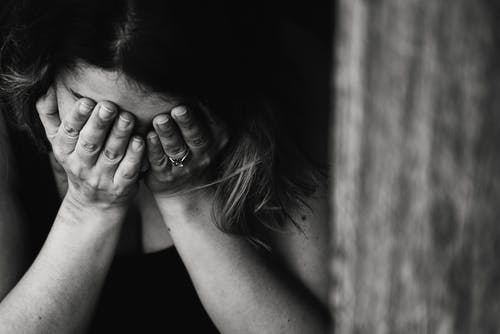 A short post today as I got off to a late start this week and won’t have much time over the weekend to write.

I was talking with a friend yesterday and learned of an event that just occurred in their life that could have long term implications, most of which aren’t great, and it got me to thinking.

We get inundated by the marketing apparatus in this world that portray images of health, wealth, fun and carefree, easy lifestyles. Depictions of hardships, struggles and sadness are in the minority. After all, that stuff is a downer and doesn’t sell. It’s easy to get sucked into the delusion that we are either doing something wrong if our realities don’t match up with what these ads show us, or give us the impression that what they show us is attainable if we only tried harder.

If it were all that easy.

The truth is life isn’t that simple, and shit does happen. Some of us either need bigger shovels or use the one we have more than others, which isn’t fair, but life isn’t fair, and everyone needs hip boots. These issues can become potholes on life’s super freeway, and it’s how we deal with these events that define us.

Take me, for instance. I’m an optimist by nature, a glass-half-full kind of guy. I think  I have had it infinitely easier than most in my life. For instance, I have never had to deal with the loss of a child, a life-threatening illness, or had to struggle financially. I’ve always been well fed, had a roof over my house, a loving family and support system, had an excellent education and a successful career.

Having said that, it hasn’t been all peaches and cream. Not even close. MS is the most obvious because I write about it, and is near the top of my shit happens list, but it is not at the top of that list.  There have been a host of other situations and scenarios that I have had to deal with, and continue to deal with, that are not fun. Some of these events have put a tremendous emotional strain on my family. Their fallout remains, and probably always will.

I would have easily traded getting MS instead of having to endure certain events in my life, but we never get to make those choices.

Nobody escapes this world unscathed. Just because an individual or a family has appeared to be blessed with good luck and have never had to struggle, don’t buy it. All it means is they hide it better than others. Not everyone wants to talk about their personal travails, preferring to instead to share the good in their lives, but that doesn’t mean they don’t exist. Do any of you truly know anyone whose lives have been constant sunshine?

Experience has taught me that life is like being on a life raft in a vast ocean. Sometimes the seas are calm, or you have a fun ride on a wave that is pushing your forward into a good situation. Sometimes you are caught in an storm with relentless giant swales that come crashing down upon you, threatening to submerge you and everyone on board. All you can do is hang on for dear life, try not to drown, and hope the storm passes soon. With practice, maybe you learn how to navigate the swells better.

You also hope that the rogue waves, the monsters that come out of nowhere, catch you completely off guard and are the most dangerous and toughest to negotiate, rarely occur.

If you know someone who is going through a tough time, reach out to them. The simplest thing, like letting them know you are thinking about them and rooting for them can make all the difference in the world.