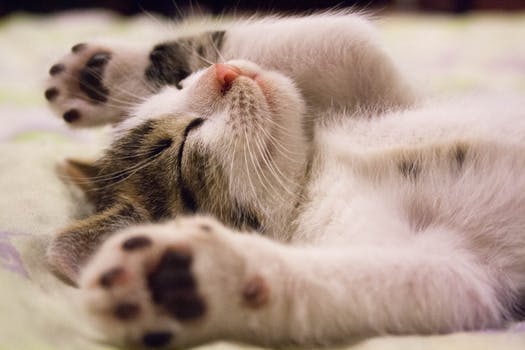 According to the National Sleep Foundation (NSF), the average healthy adult needs between 7 to 9 hours of sleep each night to function at their best. One can assume therefore that those of us dealing with a chronic health condition need more than that.

So of all the options available to help manage my symptoms and progression, you would think getting the proper amount of sleep would be number one on my list: a no-brainer, a slam dunk! You would also be very wrong.

For most of my adult life, I have averaged between 5 to 6 hours during the week, and it isn’t because I have a hard time sleeping or falling asleep. Unless my leg is twitching like a fish out of water, I’m usually out cold ten minutes or less after my head hits the pillow, and won’t wake up unless a full bladder or the alarm beckons. No, my sleep deprivation is entirely self -inflicted.

I know this needs to change. I’m often comatose when I wake up, and it is not uncommon for me to nod off while I am watching television or reading something in one of my comfy living room chairs, especially on weekends. During the work day, although my body and mind feel alert, my eyes often feel like they are sunk into the back of my head. My patience at home is less than stellar, I get annoyed very easily, and according to K, I have become a very cranky husband and father.

This is entirely fixable, and always has been, yet I resist. I’m a logical guy, but this defies logic and boarders on the absurd. I have my reasons, but honestly, they aren’t reasons. They’re excuses.

Decades ago, when I became a department head, I started arriving at work long before anyone else, because it was the only time of the day where I could accomplish something. But I’m no longer a department head, haven’t been for over ten years, and control my work day instead of it controlling me, so that issue no longer applies. What’s the next excuse?

I live thirty-five miles from my place of employment, which is located in one of the busiest sections of Connecticut in terms of rush hour traffic, which I hate. So even though I promised K that I would be a good boy and not wake up as early when I took this job, I somehow convinced myself that it would be a good idea to keep the early-to-work habit because not only would it allow me to avoid the morning rush, it would also allow me to leave the office early, avoid the afternoon rush, and have more time to spend at home.

Then MS reared its ugly head and I started all these treatments, which requires me to leave work much earlier than normal on treatment days. This sometimes results in me working less than forty hours for the week, which isn’t a big deal because I’m a salaried employee. But I am also old-fashioned and hard-headed. Salaried employees are supposed to put in more than forty hours, and I overcompensated by arriving at work even earlier, and working longer hours so I would never be in a position where I averaged less than the minimum requirement. This is insane because not only would that never happen, but if it occasionally did, nobody would hassle me.

So instead of sleeping more and getting up later, I am actually getting up earlier each morning, at 4:30, and sometimes even earlier than that.

K thinks I’m nuts, and she’s probably right. Why is this so hard? I need to have some time to unwind, chill out, and enjoy the solitude of the evening, but I should be able to still do that and get to bed by 9:30, but it never works out that way. Unless I am so tired that I can’t keep my eyes open and I am physically unable to function, which happens on occasion, I typically get engrossed watching something on the television with K, or I’m caught up in the Red Sox game. The next thing I know, it’s after ten. Once again, these are excuses, not reasons.

Part of this being stubborn and a creature of habit. Part of it is this misplaced macho attitude that I am not going to change anything or give into this disease one iota, and by exerting my will, I am winning this battle.

Smart Steve understands what I am doing isn’t good for my health in general or MS in particular. Smart Steve knows the attitude I described is juvenile, and that there is no bona-fide reason I can’t sleep until 5:30 or 6. My job doesn’t require it, and I would still miss the worst of rush hour. On the rare occasions where I sleep even a half hour later due to an off-site meeting, I feel more rested and alert, so I know changing my ways would be good. It’s a simple thing to change too, yet I continue to resist. Why?

I’ve given you all the excuses, but what are the reasons? I pondered this question and wracked my sleep-deprived brain for a long time, but only come up with one.